Will 'Ilolahia gets down and personal

Life with Herbs and the Polynesion Panthers 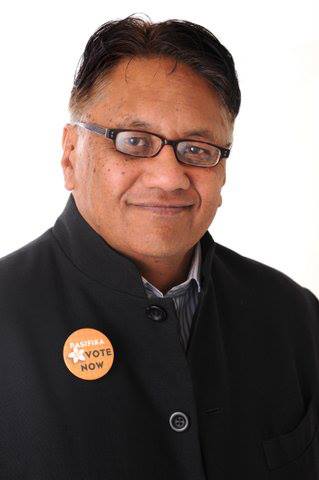 It all began before Will 'Ilolahia original manager for the Herbs in fact the name 'Ilolahia which means "to know it all" is where this journey begins. The name 'Illolahia was bestowed upon the Ma'u (original family surname) great grandfather to 'Ilolahia and celebrates it's 125 years in November 2019. 'Ilolahia a degree major, chairperson for the Polynesian Panthers, was approached 1980 by his cousin Spencer Fusimalohi to manage his band at the time Herbs. Toni Fonoti founder of the band also knew 'Ilolahia from his connection with Polynesian Panthers, and at the time was managing Papa (Dilworth Karaka's Band) so ultimately the calling to manage the band was inevitable. 'Ilolahia went to see the band play at the Trident Tavern in Onehunga and though the atmosphere was dismal he saw potential in the band. He brought in Dilworth Karaka and together sitting down at the Freeman's Bay Community Centre, they had put together a strategy for the band to play original music, play around the Pacific islands, and tour with their partners/wives which they successfully achieved in 1985 to Hong Kong.

At the same time this is happening, 'Ilolahia is also standing trial for the Spring Boks Tour in 83'. Although following a not guilty verdict, 'Ilolahia gave up management of Herbs and Hugh Lynn then took over but called on the talents of 'Ilolahia to handle the tours which he did successfully in 1985. One of those tours was Australia, where the band did an astounding 40 gigs in 45 days from Gold Coast, to Brisbane and Canberra! Will 'Ilolahia was part of the Polynesian Panthers and a leading hand in the Patu squad and in 1972, 'Ilolahia was invited to speak in Australia. He was then arrested in Canberra. While incarcerated there, 'Ilolahia had witnessed Aboriginal women getting escorted into the cell and when he questioned the other in-mates they told him they couldn't do anything. With this information, once 'Ilolahia was released he went on a radio station the next morning and said "Australia is the most racist country!" arrested again and deported.

The band assisted with the need of getting awareness to the public of the social injustice going on. Herbs were ambassadors for the organisation with songs notably heard in their first album What's be Happen It was the issues that were of concern to the organisation and the band's songs pertained and portrayed this so I was able to carry on with my work and the band. Songs like Azania about South Africa and land rights in Aotearoa, and Australia with sister group Australia Black Panthers. The Nuclear Free Pacific issue came to the forefront where the song French Letter was written to get the message across and two years later after touring Tahiti twice, the nuclear testing was stopped for good. Life after Herbs was inevitable for 'Ilolahia particularly after being found not guilty he became targeted by the New Zealand and Australia police. The Spring Bok's tour where 'Ilolahia was charged with assaulting 24 red squad officers and had to call on Archbishop Desmond to bear witness was the end and the beginning of life outside New Zealand for 'Ilolahia. Not feeling safe or protected 'Ilolahia went back to his mother country of Tonga and not only continuing his work with the Polynesian Panthers but also starting Rugby there. Fast forward to today with the theatrical release in New Zealand and set to release in Australia 18th September, Herbs: Songs of Freedom sees past and current members, managers and affiliates gather together to commemorate 40 years of what is and what will be New Zealand history.