Daniel Hope is one of the world’s foremost violinists. an internationally-celebrated star, who performs on the greatest concert stages from Beijing through London to New York, and who is part of the avant-garde of the new, young generation of classical musicians.

Join us for the UK Premiere of Daniel Hope: The Sound of Life with none other than Daniel Hope. He will join us for a Q&A, live and in-person, after the screening and yes, he will also have his violin with him. Click here for details.

“The Sound of Life”, tells his and his family’s story – one of flight and exile, of identity and history. It’s a portrait of a virtuoso musician and it is pitch perfect storytelling for professional and aspiring musicians and music lovers everywhere.

Winner of the 2015 European Cultural Prize for Music, whose previous recipients include Daniel Barenboim, Plácido Domingo and the Berlin Philharmonic Orchestra, Daniel Hope appears as soloist with the world’s major orchestras and conductors, also directing many ensembles from the violin. Since the start of the 2016/17 season, Daniel Hope is Music Director of the Zurich Chamber Orchestra – an orchestra with whom he is closely associated since his early childhood.

In March 2017, he released his latest album “For Seasons”. It is Hope’s very personal homage to the seasons featuring twelve single works – exclusively dedicated to each month of the year – and the “Four Seasons” by Antonio Vivaldi, accompanied by the Zurich Chamber Orchestra. This album was awarded the 2017 ECHO Klassik prize. Hope has been an exclusive Deutsche Grammophon artist since 2007.

Daniel Hope was raised in London. His mother worked for Yehudi Menuhin, from whom he probably first heard the violin played and to whom he credits as the reason he became a violinist.

On 7th March 1999, I played Alfred Schnittke’s Concerto in Düsseldorf, conducted by Lord Menuhin. It was to be Yehudi’s final concert. After the Schnittke, Menuhin encouraged me to play an encore. I spontaneously chose Kaddish, Ravel’s musical version of the Jewish prayer for the dead. I had grown up on Menuhin’s interpretation of this work and wanted to dedicate it to him. Menuhin pushed me out onto the stage and sat amongst the orchestra listening to it. Perhaps it may have been in some way prophetic. Five days later, he passed away. - Daniel Hope. 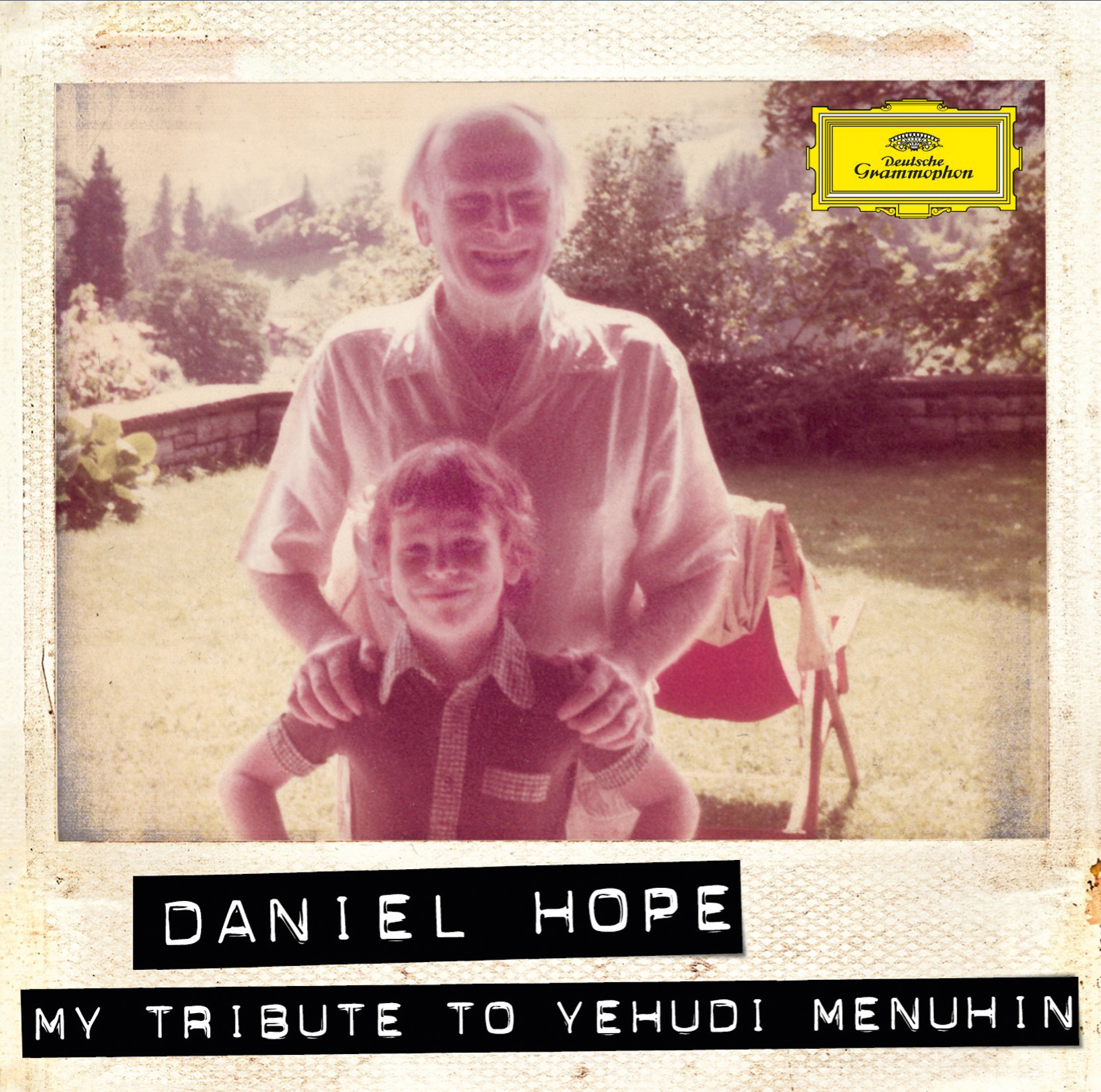 Daniel studied the violin with Zakhar Bron. The youngest ever member of the Beaux Arts Trio during its final six seasons, today he performs at all the world’s greatest halls and festivals: from Carnegie Hall to the Concertgebouw Amsterdam, from Salzburg to Schleswig-Holstein and Mecklenburg-Vorpommern (where he was Artistic Director from 2009-2013) and from Aspen to the BBC Proms and Tanglewood. He has worked with conductors including Kurt Masur, Kent Nagano and Christian Thielemann, as well as with the world’s greatest symphony orchestras including Boston, Chicago, Berlin, Paris, London, Los Angeles and Tokyo. Devoted to contemporary music, Hope has commissioned over thirty works, enjoying close contact with composers such as Alfred Schnittke, Toru Takemitsu, Harrison Birtwistle, Sofia Gubaidulina, György Kurtág, Peter Maxwell-Davies and Mark-Anthony Turnage. 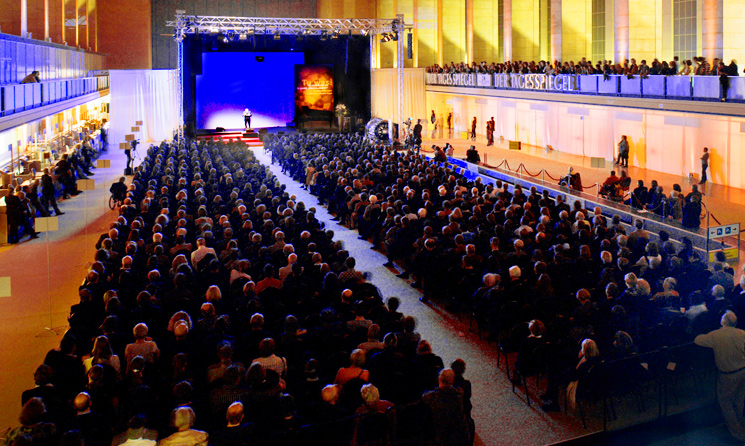 Daniel Hope is one of the world’s most prolific classical recording artists, with over 25 albums to his name. His recordings have won the Deutsche Schallplattenpreis, the Diapason d’Or of the Year, the Edison Classical Award, the Prix Caecilia, seven ECHO-Klassik Awards and numerous Grammy nominations. His album of Mendelssohn’s Violin Concerto and Octet with the Chamber Orchestra of Europe was named one of the best of the year by the New York Times. His recording of Alban Berg’s Concerto was voted Gramophone Magazine’s “top choice of all available recordings“.

His recording of Max Richter’s Vivaldi Recomposed, which reached No. 1 in over 22 countries is, with 160,000 copies sold, one of the most successful classical recordings of recent times.

Daniel Hope has penned four bestselling books published in Germany by the Rowohlt publishing company. He contributes regularly to the Wall Street Journal and has written scripts for collaborative performances with the actors Klaus Maria Brandauer, Sebastian Koch and Mia Farrow. In Germany he also presents a weekly radio show for the WDR3 Channel and curates, since the 2016/17 season his own series “Hope@9pm”, a music and discussion event with well known guests from culture and politics at the Konzerthaus Berlin. 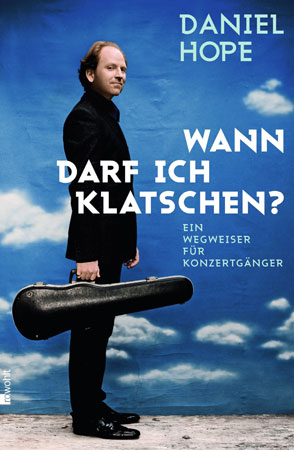 Since 2004 Hope has been Associate Artistic Director of the Savannah Music Festival. From September 2017, he will begin a new role as “Artistic Partner” of the New Century Chamber Orchestra in San Francisco, directing the Ensemble from the violin.

Daniel Hope plays the 1742 “ex-Lipiński” Guarneri del Gesù, placed generously at his disposal by an anonymous family from Germany.

All of this and much, much more is captured in Director Nahuel Lopez’ extraordinary film about this most extraordinary person. Watching this film on the big screen with the beautiful sound with a respectful and enthusiastic audience, will work as an adequate substitute until you can next hear him play live somewhere at one of the greatest concert halls in the world. 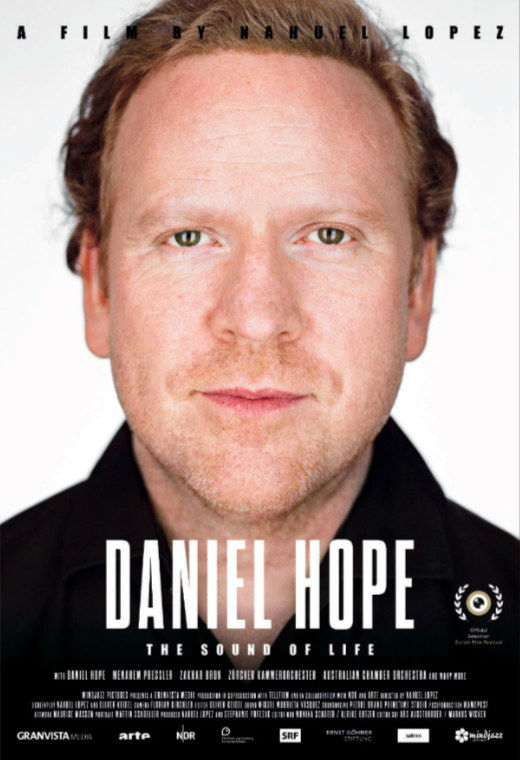