The film has booked $206,655 on pre-sales on 72 screens around Australia as of this morning, with the first screening at the Randwick Ritz in Sydney last night filled to capacity at the Ritz’s largest cinema.

The filmmakers Zoe Naylor, Jo Hunter and Jerusha Sutton are hosting a series of 13 special events Q&A screenings around the country between now and mid-March, with further screens confirmed from March 10.

In the film, three women – Zoe Naylor, Jo Hunter and Jerusha Sutton – embark on a mission to find out why an increasing number of mothers are emerging from their births physically and emotionally traumatised.  Their discoveries expose the truth and lead them to join the birth revolution and forge a movement that hopes to change the face of maternity care in Australia and across the developed world.

“COVID presented near catastrophic conditions for the cinema and theatrical distribution business in 2020. It is so gratifying that our first return to the cinemas in almost a year turns out to deliver our best pre-sale box-office for a documentary in our company’s history,” said David Doepel, Managing Director of Demand Film.

“When the film went on sale last November, and we sold 893 tickets on the first day for a movie that was, at that time, almost three months away we understood how special was the connection between the filmmakers, their community and the importance of the topic. That day gave us hope that 2021 would be very different to 2020. That hope has turned into a record-setting reality.

“In addition to the screens we secured for the release for our opening national footprint, we have since had over 50 requests for more screenings at cinemas around the country. And these are coming in on a daily basis.” 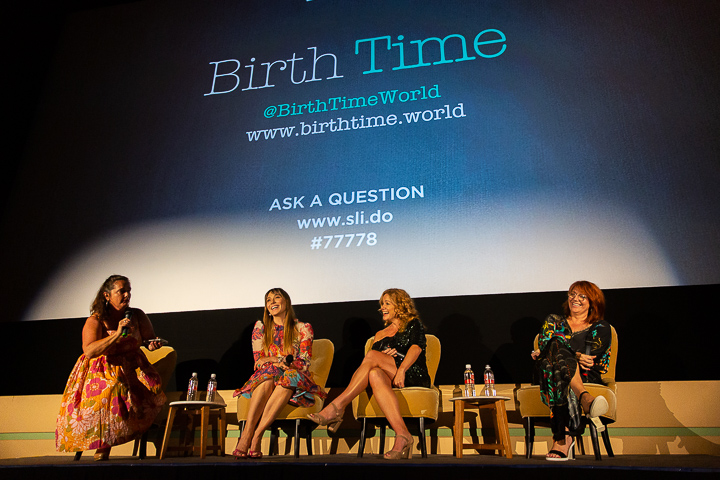